The project is hosted on github: http://github.com/fibasile/Firmata-ObjC and released with the MIT License.

Read on to learn more about it.

The firmata protocol was designed to allow programmers to control Arduino pins from any programming language running on a host system.

The latest 2.3 protocol version allows to:

The Firmata protocol supports most of the Arduino variants, and can be easily installed to the board as it's distributed with the standard Arduino IDE. 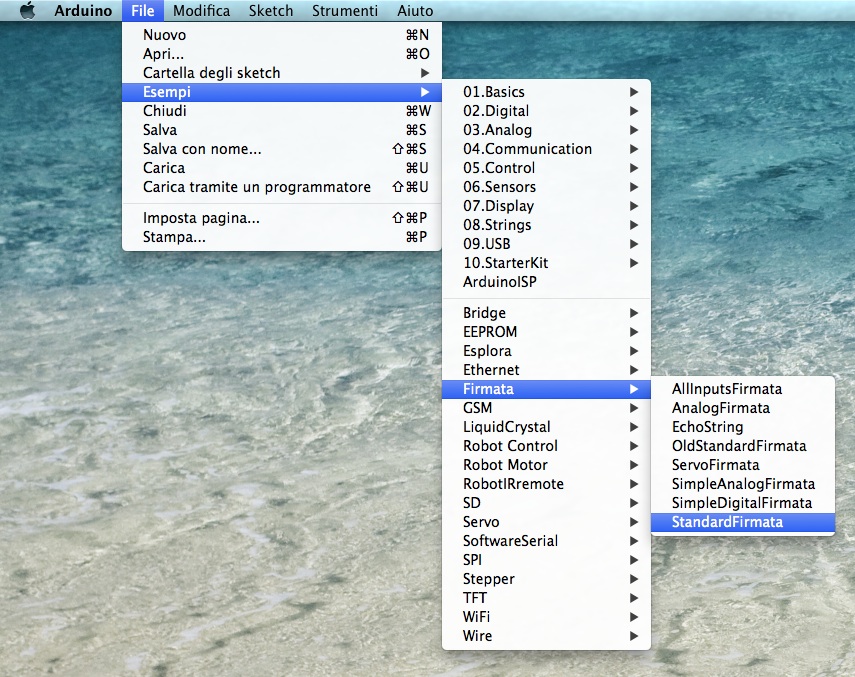 And then upload the firmata sketch using the right arrow. 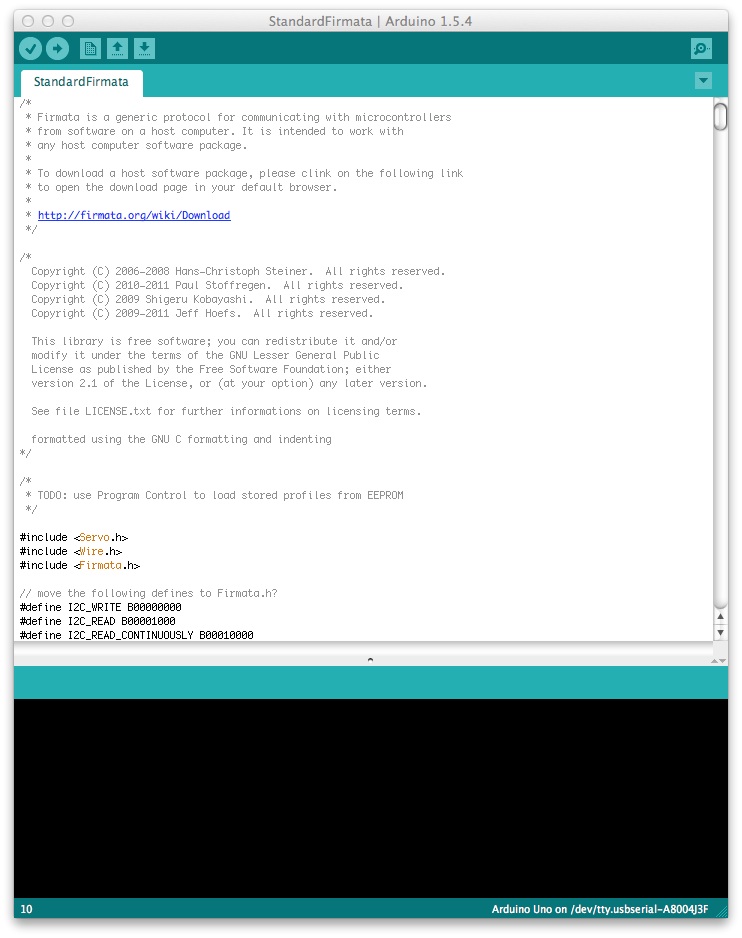 This basically provides a convenient way to write code for Arduino without ever changing the sketch uploaded to the board, and also to control your Arduino projects from your Mac.

First of all you should download the framework and test project:

In the Mac/FirmataTestMac folder you will find the example project.

In the Library folder you will find the actual library files. You can drop these into your project to use the Library.

If you compile and run the FirmataTestMac you should get a window prompting for the serial connection parameters: 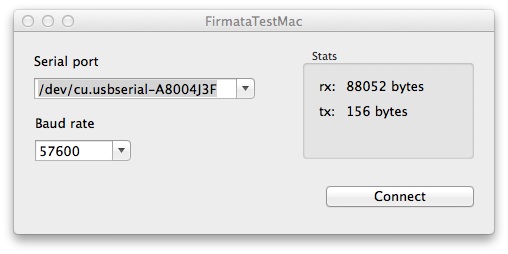 Choose the serial port where Arduino is plugged in, and the Standard Firmata 57600 baud rate. Please note you need to plug it before running the project. Hit connect, and after few seconds you should get the following window: 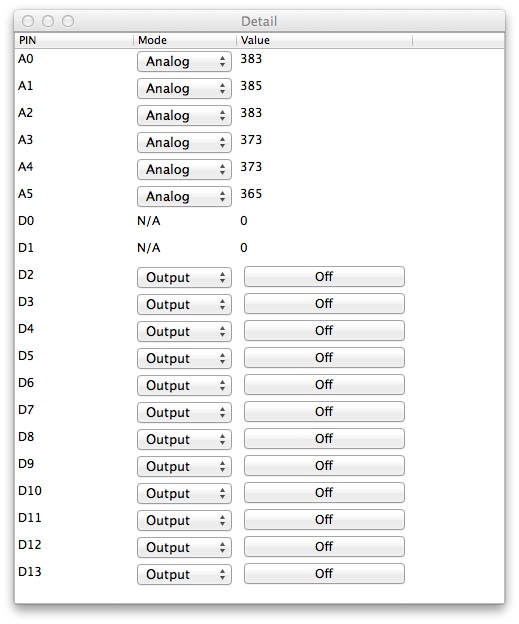 This allows you to set the pin modes, change the values when Output mode is selected and so on.

To test everything works, set the pin D13 to Output and hit the button several times. You should see the LED on your arduino board flashing.

If it's not, check your serial port and baud rate settings (especially if other software is using it). Make sure you hit disconnect in the first window when you quit so you don't leave the serial port locked.

Using Firmata-ObjC in your project

Since you need to communicate with the board using a serial port, in the deps folder the ORSSerialPort framework allows to access the unix-like serial port of your Mac.

This adds an additional dependency, you should include the IOKit.framework into your project to make it work.

Take a look at the test program to see an example.

The framework is structured around the ADArduino class, which needs a ADUnixSerialPort to be initialized, so you will write something like:

The ADArduino class needs to query the Firmata sketch on the board to know which pins are available, which protocol version is used and so on. This is done using a block based callback:

After this initialization is complete you can access the pins in the analogPins and digitalPins properties. All pins are instances of the ADArduinoPin class, which provides the following:

For example to set the D13 pin to Output and On one would do:

When finished with the Arduino board, in order to unlock the serial port, it's necessary to call:

The Firmata-ObjC Framework makes it finally easy to establish a communication between Arduino and the Mac apps.

The first should be quite easy and will allow to port the framework to the iOS devices supporting BLE.

Hope you find the framework useful for your projects. Open an issue on GitHub if you find any problems.