The Xadow platform from SeeedStudio is a great starting point for any wearable project. Since its release I've been very interested in using it because of its form factor (really tiny stuff) and Arduino compatibility.

The Xadow modular design allows to combine several modules with the main Xadow mainboard, including:

This makes the platform really flexible, and open to many usage scenarios.

What you can do with it

I developed few prototypes with Xadow, for example a small Twitter-enabled smartwatch, shown in the picture below. In this case the Xadow is controlling the display and communicating with an iOS app which is pulling Tweets from a twitter search or a specific account. 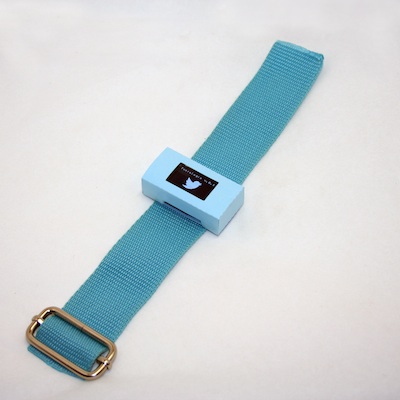 Many other makers are working with Xadow to build interesting wearable applications. For some examples check out http://xadow.cc where my concept is also showcased.

Xadow is really useful when developing wearable connected accessories such as Smartwatches, jewels and similar objects. These are usually made by combining an Arduino-compatible app, running on the Xadow itself, possibly accessing data from some of the available sensors and interacting with the user with the display, and a smartphone or tablet app.

With the advent of Bluetooth Low Energy, in fact, it is finally possible to develop iOS apps that talk to accessories, without getting a license from Apple. Also on Android, many newer phones and tablets got BLE support too.

When developing such apps, especially when using the Bluetooth Low Energy mode, required for iOS compatibility, you often have to write code which passes commands and data over the Bluetooth link, interprets it and invokes corresponding routines.

Using the BLE communication, there are few issues to be considered: the most important is that the BLE link is quite fragile, and limited to the exchange of very small bits of information, maximum 20 bytes at a time.

For this reason it is difficult to use libraries such as the Arduino-provided Commander, because most of them require to send arbitrary length packets.

The solution is to create a Firmata-like protocol, and add on top of it some buffering in order to be able to manage packages longer than 20 bytes.

Xadow Dashboard is built out of two main components:

The Xadow Firmata provided with the current version of Xadow Dashboard supports just Display, Accelerometer, BLE and RTC but other modules will also be supported as soon as I get access to them. 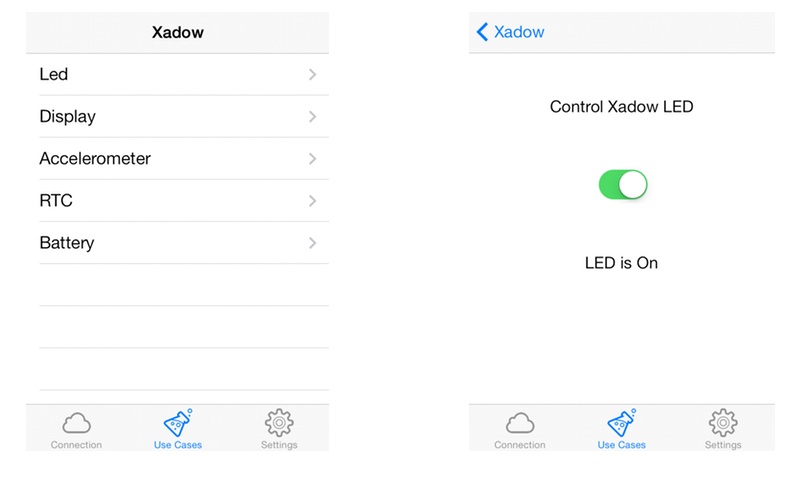 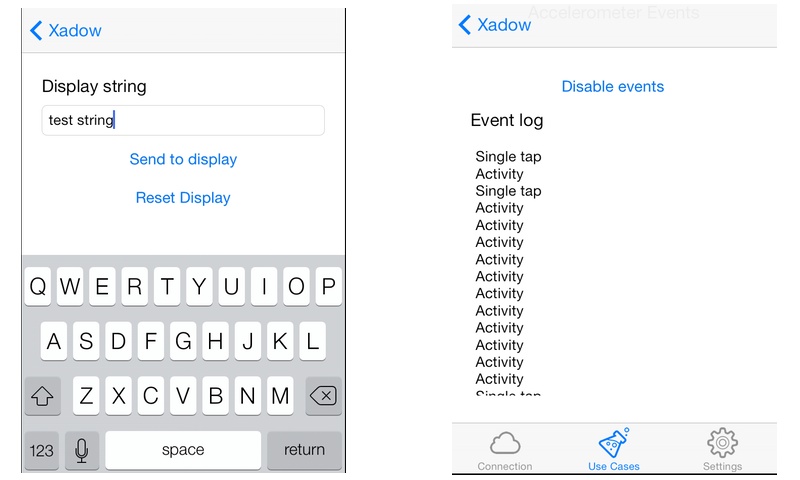 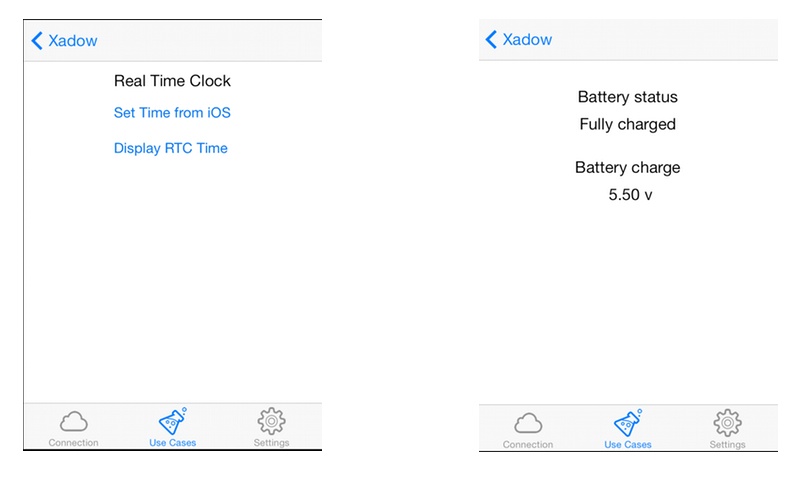